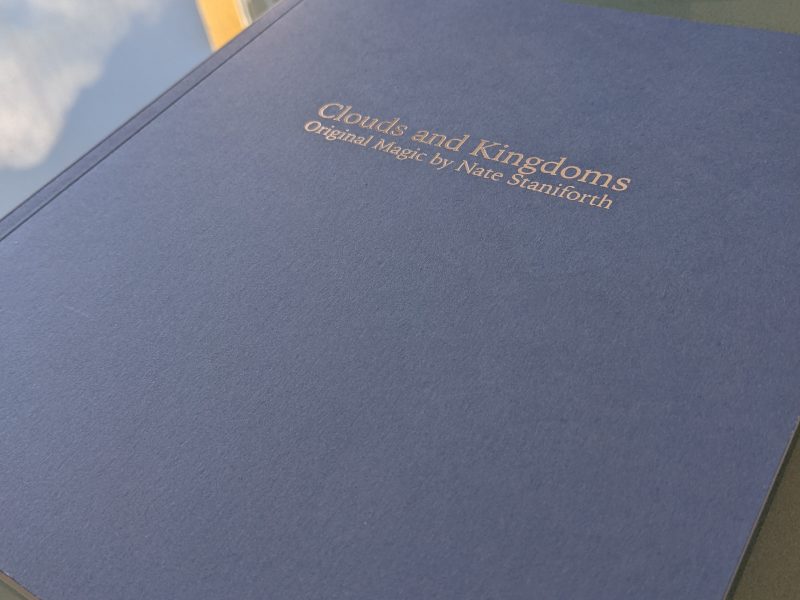 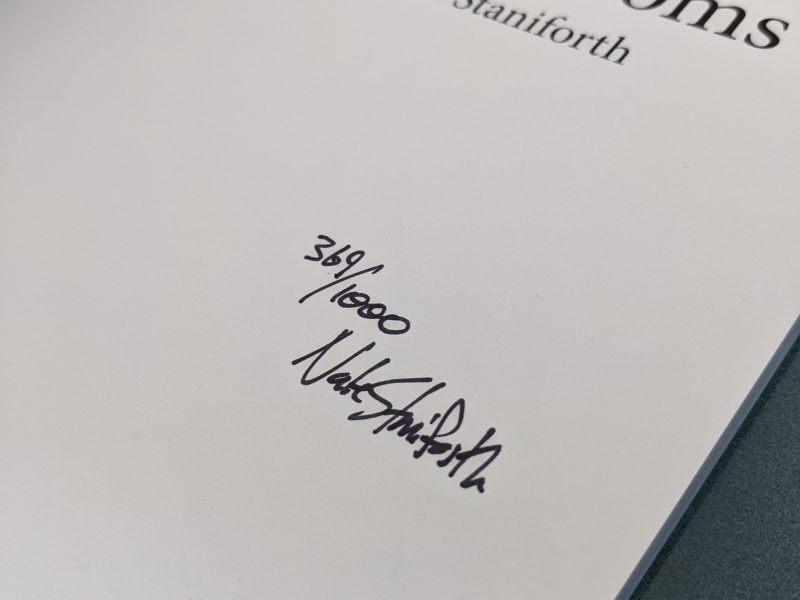 For the past 15 years, Nate Staniforth has toured the United States with his stripped-down, ‘unplugged’ stage show, performing direct, no-frills magic at colleges, clubs and theaters. His Lottery Ticket prediction has been featured by superstars like David Blaine and Dynamo, and his recent memoir Here is Real Magic has been embraced by magicians around the world for its open and honest exploration of wonder, disillusionment, and magic.

In Clouds and Kingdoms, Nate shares a collection of his best material, honed over hundreds and even thousands of performances and published here for the first and only time. For the working professional, this book offers over 30 minutes of road-tested material that travels easily and does not require elaborate equipment. For the student, Nate advances several key principles as he teaches his creations. How do you layer multiple methods together within a routine so an audience will swear that you never did anything? How can you make a routine better by making it harder? And—most importantly—how can you take something inherently deceptive like an illusion and use it to give your audience an experience that feels genuine and magical.

Contents of Clouds and Kingdoms
DOLLAR
Nate’s reconstruction of the Bill-to-Impossible-Location plot. Under test conditions a bill is borrowed, initialed, serial number memorized, and then burned to ashes only to reappear—not at the end of the routine in an impossible location as usual but rather at the beginning of the routine as a kind of impossible object that somehow exists before it should. Unbelievably, there are no switches and no pre-show. Dollar introduces a new utility move that allows this routine an unprecedented level of clarity and cleanliness and will invariably be used for countless other plots and routines in the years to come.

PHONE CALL
Nate’s version of the classic Wizard illusion and the closer to his stage act for two years. An onstage prank call turns into a miracle when the stranger on the other end of the line of a randomly selected phone number accidentally reveals a piece of secret information known only to the people in the theater at the show.

CONSTELLATION
A handful of matches randomly scattered on the ground somehow spells out the name of a spectator’s friend. Constellation is presented alongside an essay about the use of chance, observation, and opportunism in magic and mentalism to create a kind of Trick That Cannot Be Explained without playing cards.

TWO CARD TRANSPOSITION
A card trick for 800 people. Two spectators stand on opposite sides of the stage. Each signs a playing card and holds it folded between their hands. Then, under test conditions— the audience will swear the magician never did anything—the cards switch places. Nate used this on The Today Show and The Next Great Magician and as a feature in his live shows for over a decade.

CONCLUSION: CLOUDS AND KINGDOMS
A brief essay on fiction, deception, and telling the truth with a magic trick.

A rare opportunity to learn masterpieces from the working repertoire of one of the best. Nate has the wonderful ability to turn a trick into an experience of real magic for your audiences. After reading this, you’ll understand how to add that power to any of the effects you use.”
C0lin McLeod

« Absolutely stunning. Smart methods with so many incredible uses. I love this book. » – Rory Adams

“I’ve witnessed these pieces firsthand in theaters on the other side of the globe and these are Nate’s ‘killers.’ What’s amazing is how bullet-proof his methods become after years of testing. Beyond method, the effects feel completely new with plots that take the audience to some new and exciting places.”
Justin Flom

“Wow. I’ve gone through this book a couple of times already. As I read the descriptions of the effects I’d be already thinking about a method, but when I read Nate’s methods my mouth dropped open in awe. He thinks of the finest details to pull everything together and puts in that extra 90% effort to make the effect 400% better. Phenomenal.”
Beau Cremer

“Nate Staniforth has already created a modern classic of magic with his version of The Lottery Trick. In his new book ‘Clouds and Kingdoms’ he shares four new pieces of performance magic which are all strong, powerful, and beautiful. Buy the book now and carefully study his words and thoughts. He is a modern master of magic.”
Anthony Owen